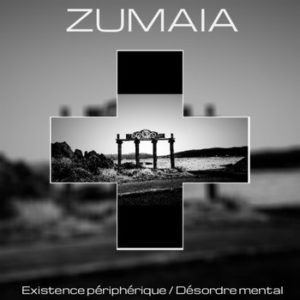 ZUMAIA is a french solo project, a mix of dark ambient, experimental and electro-industrial music inspired by declining western industrial society, Asian spirituality and animist rituals.
After leaving his first band in 1988 ( new wave / gothic ) he joined an industrial rock band in the early 90’s and disappeared for over 20 years.
The first tracks composed by ZUMAIA were recorded in 1989.
Initially, Kalamine was a side project of Zumaia, but it did not turn out quite as expected and became Kalamine Records in February 2019.