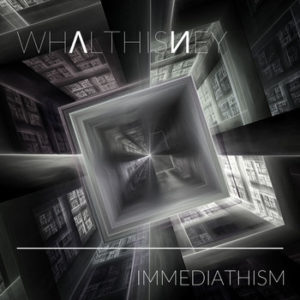 WHΛLTHISИEY is Fernando Cerqueira from Lisbon, Portugal.
The music of Whalt Thisney is a solitary soundtrack to nowhere, a non-tourist map into the unknown; music and images to create new, fully immersive environments, an intriguing aural pilgrimage with no destination in time and space, nuances and labyrinths. Whalt Thisney selects and mixes music for the mind and body in the same quantities that emerges from encounters between the past and the present, drawing beauty of the commonplace, wiping, polishing it, giving it life again, so to produce the same effect of the original freshness and spontaneity, a mirror that transforms it absorbs and reflects.

Fernando Cerqueira was the founder member of the late 80’s SPH tape / record label, and writes for the anarchist newspaper A Batalha.

Tartarus Times seeks to document the existence of certain music and write about what is actually salient in it without giving outright opinions as to its quality or worth.

Whalthisney – Immediathism – WHΛLTHISИEY’s Immediathism starts with “Boredom”, as a reverb-laden minor-key melody interspersed with deep, but short bass notes plays with a lush pad that shimmers in and out slowly. The piano is not repetitious and there is some development, but the overall mood of the piece does not change too much, except when higher notes are played on the piano. About five minutes into “Boredom” the bass becomes a little more prominent, and develops slightly. The piano continues playing what sounds like an improvised part, playing notes that although not actually sparse do not fail to [continue reading…]