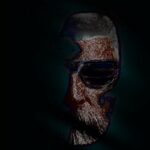 My Own Cubic Stone project was born in 2009 somewhere in Burgundy.
The name of the project is a direct reference to the myth of Sisyphus, as it is true that living is climbing your own cubic stone on top of a pyramid of events.
The story begins on an old Mac and Garageband and continues and grows ever since (synth, theremin, field recording, building up one’s own sound bank, construction of a noise box in progress etc. )
One night I wrote Les Chiens de la Mort and here auto splited into two distinct entities: My Own Cubic Stone, an experimental and strictly musical project on the one hand, and Le Vitriol Hermétique, which will write dark and partly autobiographical texts, always in French. I’ve tried several times to merge the two but they have  bad temper and I don’t get along with myself. And the net labels that published me have often refused  French lyrics – Big thanks to Zumaia and Kalamine Records for carrying this little side project with me !
For each of the two projects I wish, I want and I have to realize all the steps :
Lyrics + music + artwork + production.
All this without ever appearing personally.
I don’t want to be known, just heard.
No photo, no live, no scene, no face and no money.
“The most important thing is to conscientiously apply oneself to being nobody.”

My Own Cubic Stone

My Own Cubic Stone – the name refers to Sisyphus – is a project created in 2009 during a sad night somewhere on a Burgundy hill (France).
“The most important thing is to conscientiously apply oneself to being nobody.” 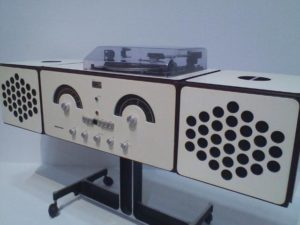 My Own Cubic Stone – Ambizoaires & Les Enfants de Médée.
I want to talk about the two releases from My Own Cubic Stone on Kalamine Records. “Les enfants de Médée” appears to be inspired by a dramatic play written in the 1600’s by Pierre Corneille. Long story very short, Médée is a sorceress who exacts revenge on her ex-husband by killing their twin boys. I’ve read that the reception to “Médée” (both the original and an opera that used it as a story base in the 1700’s) was “lukewarm.” Hard to believe with that plot line; it sounds like a sure-fire hit.
“Amibozoaires” has a different inspiration. All the tracks are named after particular amoebozoa (I’ll let you scientists go down that rabbit hole on your own). This album has a familiar, but…
[ continue reading… ]