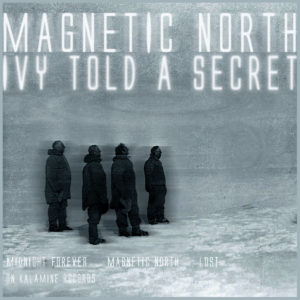 Ivy Told a Secret is the current musical project of Lantz Stephenson [aka Ivy] a multi-instrumentalist who had his beginnings in the Punk Rock scene of Kansas City, Missouri in the late 1970s. After playing keyboards, guitar, and percussion/drums in bands such as Ministry of Broadcast (warming up for Jah Wobble and the Invaders of the Heart), String of Coincidence, and The Slabs until the mid-1980s, he continued his musical journey in the 21st century with his space jazz project Eclabousser formed in 2005.
Starting in 2014 he formed the shamanic tribal project known as Ivy Told a Secret. To date Ivy has released hundreds of songs on SoundCloud and over six albums available on 30 plus markets worldwide. Influences for Ivy Told a secret include such diverse music as Tangerine Dream, Pink Floyd, Gong, Thelonious Monk, Ornette Coleman, Blurt, Clock DVA and Robert Fripp.